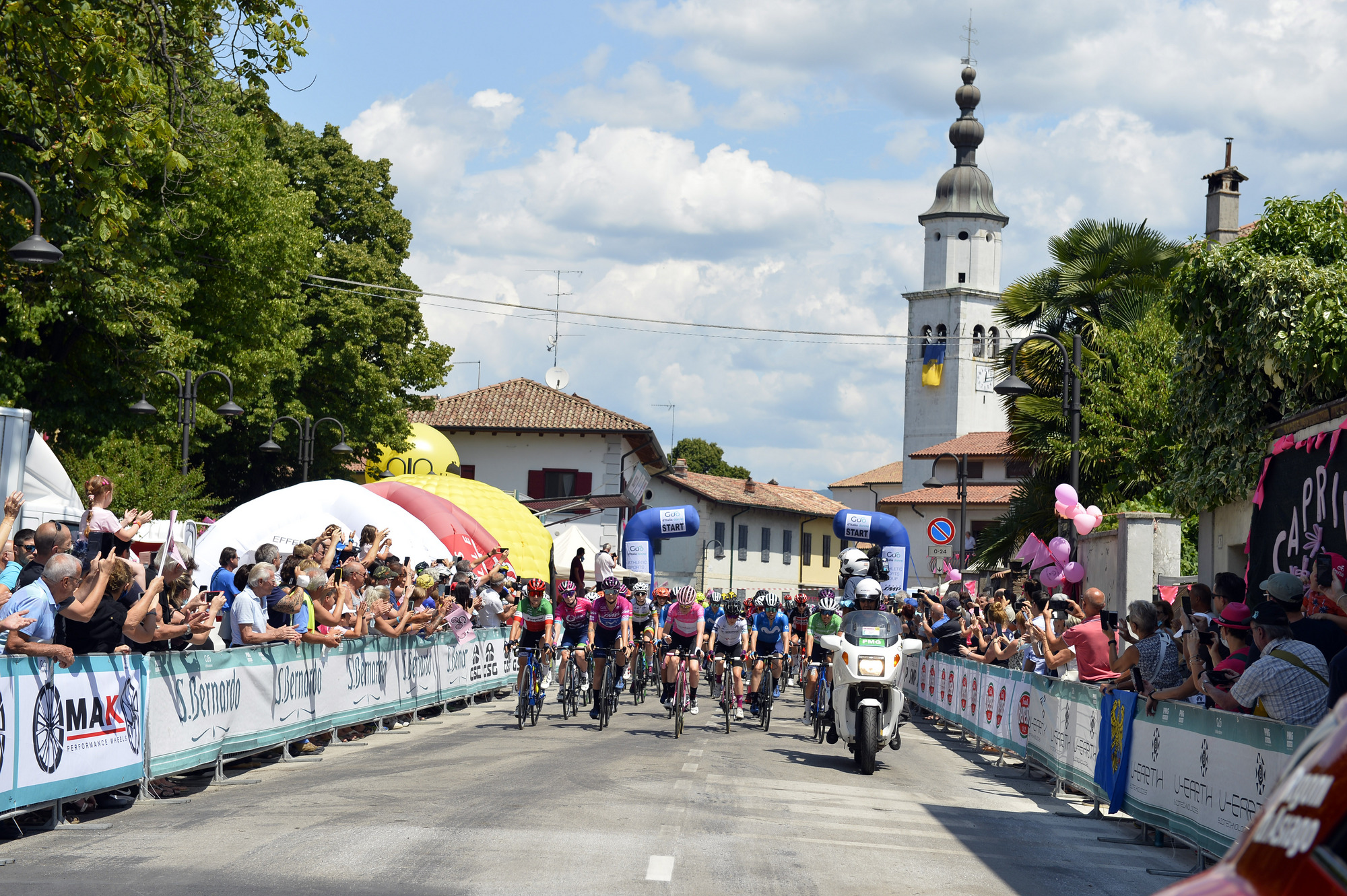 The Giro d’Italia Donne 2021 ends today, Sunday 11 July, at 12:15 with the Capriva del Friuli – Cormòns stage which is the tenth and last one of this 32nd edition, also valid for the Mountains Classifications. After the victory of Ashleigh Moolman-Pasio (TEAM SD WORX) during the queen stage Feletto Umberto-Monte Matajur, today the cyclists will have to ride for 113 km in a ring route that is covered in full once and in a reduced version for the following two times.

The cyclists will meet the first GPM of the race in San Floriano del Collio at km 15, then for three times – at km 32, 68 and 104 – they will have to overcome the GPM in Ruttars. All the GPMs are of third category and the expected arrival time is at 3.15 pm.

During the final ceremony, the first three athletes of the Individual General Classification, as well as the winners of the 5 jerseys and the first 3 of today’s stage will be awarded. Extra prizes are also to be given: for the first three of the General Classification and for the three best Italians an HPM voucher for a complete functional evaluation of their sporting performance and physical well-being, while digital subscription to Virgin Active Revolution will be offered to all 144 athletes who participated in the Giro.