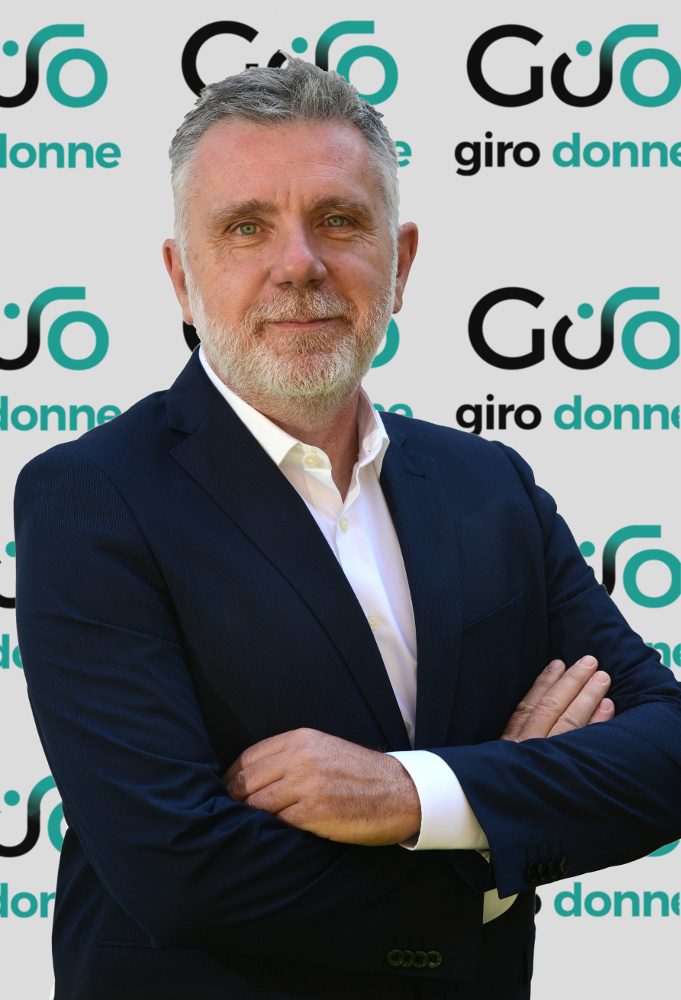 The Giro Donne 2022, the most prestigious stage competition in the women’s cycling scene, kicks off from Cagliari on Thursday 30 June and ends in Padua on Sunday 10 July, passing through Sardinia, Emilia-Romagna, Lombardy, Trentino-Alto Adige and Veneto. With its 33rd edition, this great sporting event in 2022 returns to the UCI Women’s World Tour circuit thanks to all the teams and athletes who have always supported it and to the commitment and work of PMG Sport/Starlight which will organize it for the second consecutive year.

144 athletes of the best 24 teams in the world, including 13 teams from the UCI Women’s WorldTeam, coming from Italy, Australia, Colombia, United Arab Emirates, France, Germany, Norway, The Netherlands, Spain, United States, Switzerland, will compete in an exciting race composed of 10 stages along a route of over 900 km of great technical, historical and naturalistic value through the beauty of 5 Italian regions, between sea, mountains, hills, lakes, rivers and cities of art.

The Giro opens in Sardinia with an individual time trial of 4.7 km in Cagliari (30 June), and then continues along the east coast of the island, first with an uneven stage of 117.3 km from Villasimius to Tortolì (1 July) and then with a stage for sprinters 112.7 km long from Dorgali (Cala Gonone) to Olbia (2 July). After a rest day due to the athletes moving to the continent, it resumes on 4 July in Emilia Romagna with an uneven stage of 120.9 km with Cesena as the starting and arrival points, with 3 GMPs, and then continues on 5 July with a stage for sprinters of 123.4 km from Carpi to Reggio Emilia which also touches the hills on the slopes of the Apennines. For the following two stages, the Giro then moves to Lombardy: the first one is an uneven stage of 114.7 km which will see the teams starting from the shores of Lake Iseo in the municipality of Sarnico, passing through Bergamo Alta and then arriving in the city center (6 July), while the second will test the resistance of the cyclists with a challenging stage of 113.2 km that begins in the municipality of Prevalle at an altitude of 190 meters, then enters the city of Brescia and climbs the Alps up to Passo del Maniva at over 1,600 meters above sea level, the highest point reached in this edition. The next two challenges will take place in the Autonomous Province of Trento: the first one will see an uneven stage of 92.2 km up the Adige river from Rovereto to Aldeno (8 July) and the second will pass from San Michele all’Adige to San Lorenzo Dorsino, right on the eastern slopes of the Brenta Dolomites, for a challenging 112.8 km uphill stage for climbers that also passes by this year’s Cima Coppi, Passo Daone, at 1,291 meters (9 July). The grand finale will take place on 10 July in Veneto starting from Abano Terme and, through the Euganean Hills alsonarrated by Ugo Foscolo, arriving in Prato della Valle in Padua, after a 90.8 km route that will especially show the skills of the sprinters (10 July) and will decide the Maglia Rosa of the Giro Donne 2022.

In line with the primary goal of PMG Sport/Starlight to increasingly emphasize the synergy between women and sport, accelerating and facilitating this process of constant growth in the sports world at all levels, from the public to the institutions, the organization has decided to increase the total prize pool of the Giro Donne 2022 to € 250,000, of which € 50,000 to the winner, together with the reconfirmation of high-level hospitality guaranteed to all participants and a broad media visibility, with a daily production of 120 minutes of live footage, distributed thanks to an agreement with Discovery/Eurosport, a network that will ensure broadcasting in over 160 countries around the world, and an agreement with RAI. Regarding topical issues, we will continue in 2022 to raise awareness on the environmental and sustainability issues, activating new partnerships in a green perspective.

“The well-deserved return to the UCI Women’s World Tour of the Giro Donne is an important international result that honors, first of all, the high sporting quality of the competing athletes, the true heritage of this historic race, together with our commitment to make the most of it, as organizers, producers and distributors”– says Roberto Ruini, founder of PMG Sport and General Manager of the Giro Donne. “If in 2021 bringing the Giro Donne back to the WWT races was the main objective for us, this year we intend to further accelerate the process of growth and enhancement of this memorable competition to make it one of the great and most important sporting events of the year, expanding its national and international echo. Commitment and passion are guiding our work in the organization of the Giro Donne 2022 with great technical, sporting, and organizational value to get the best result for everyone, first of all for all the athletes involved and for the increasingly large and passionate public. An objective that can be reached thanks also and most of all to the great involvement and valuable collaboration by the institutions, Regions and Municipalities that will host the race, proud with us to bring a great not only sporting event through the environmental, historical and artistic beauty of our country; precious partners all united by our vision, that is to consider sport and women a winning combination and on which to bet every year more and more”.

“We are preparing for the Giro Donne 2022 during very delicate times for all of us”, said Cordiano Dagnoni, President of the Italian Cycling Federation. “We have lived two tough pandemic years and now we face a complex international situation. But the Giro Donne, with its emotions, its colors, and positive messages, allows us to look at life again with optimism. The Italian Cycling Federation is proud to be alongside this race born over 30 years ago. The Giro 2022 starts from a beautiful and sunny region, such as Sardinia, and crosses the finish line in the city of Padua, appreciated for its artistic heritage and the prestigious University. 5 regions crossed for 10 stages all to be experienced with an excellent start list. Italy will have its most important athletes at the starting point with the world champion, Elisa Balsamo, to name one. It is no coincidence that the race returns to the World Tour classification, which confirms its growth internationally. A growth that goes hand in hand with the evolution of the women’s cycling movement with ever more equipped and professional teams. On a challenging route, also designed with the support of the technical commissioner, Paolo Sangalli, we will certainly experience a show that will reward the one athlete who has been able to better face the many obstacles the road presents. A beautiful metaphor for sport and life. Happy Giro everyone!”

Keep in touch and follow the updates from Giro Donne 2022 on our official channels: