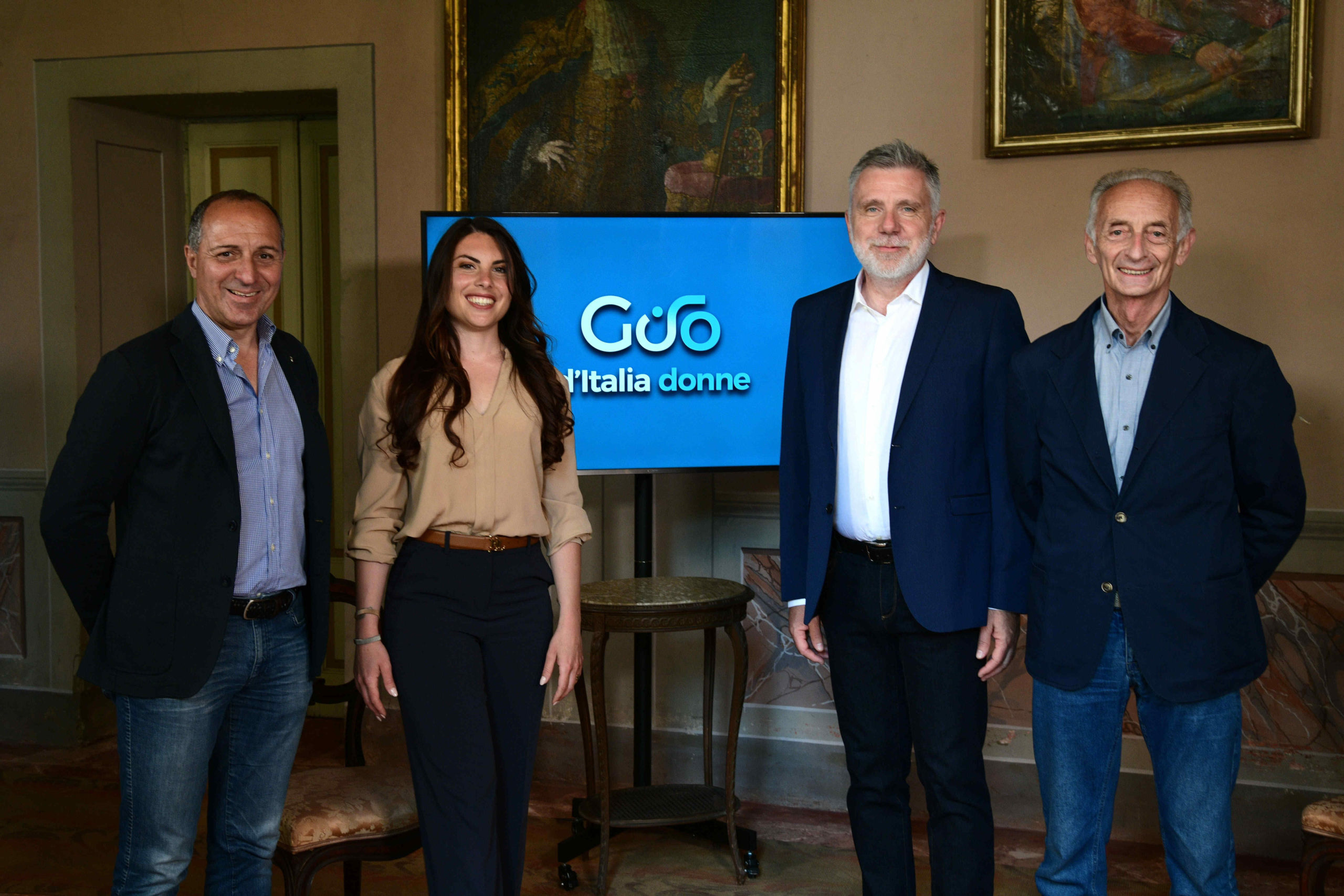 On 2 July 2021 at 2 pm, in Fossano the 32nd edition of the Giro d’Italia Donne kicks off, the most prestigious women’s road cycling competition until Sunday 11 July will bring 144 athletes from the best 24 teams of the world to the track for 10 stages, including the 9 teams of the UCI Women’s World Team, in a route of great technical, historical and naturalistic value of over 1,000 km through four Italian regions: Piedmont, Lombardy, Veneto, Friuli Venezia Giulia.

Organized for the first time by PMG Sport/Starlight, a leading company in the sport industry in the production, distribution and promotion of original content in live streaming, the Giro d’Italia Donne is presented this year with a renewed name, where women’s value in sport takes center stage, and with new organizational standards, adapted to the top series of road cycling both in terms of services and of logistics, to offer a great sport event to those who can follow it live and to the millions of people from 150 countries of the world who will watch the race. Also, this year for the first time in the history of the competition, the last kilometers of each stage and the arrival will be broadcast live at around 3 pm on the streaming platforms and social channels of PMG Sport.

“Our goal as organizers, shared with FCI and UCI, is to give maximum prominence to this great sporting event with all the means at our disposal”, says Roberto Ruini, founder of PMG Sport and General Manager of the Giro d’Italia Donne. “The value and beauty of this race deserve it, an undisputed heritage that deserves the right attention and particular care, just as its audience deserves it. We, with PMG Sport, have been following and promoting the race since 2017 by producing and distributing its story in images all over the world. A long-standing closeness and strong expertise that led us this year to accept the challenge of also taking on the organization. A three-year project, says Ruini, which officially started only in February and which we are building day after day with passion and commitment, and the technical support of Giuseppe Rivolta, historical patron of the Giro, today our Race General Director”.

For 10 days the Giro will travel through Northern Italy, from west to east, including Piedmont, Lombardy, Veneto and Friuli-Venezia Giulia with their naturalistic, artistic and historical beauty, in a 1,022 km long route through over 130 municipalities in 10 exciting and challenging stages for the conquest of the prestigious Maglia Rosa 2021. The Giro opens the competition with an intense team time trial from Fossano to Cuneo and in the second stage the cyclists will climb up a difference in height of over 1,000 meters from Boves to the famous ski resort of Prato Nevoso at an altitude of 1,607 in Eastern Piedmont; the following day is dedicated to a 135 km long route along the hills of the great winemaking tradition, from Casale Monferrato to Ovada, to then leave Piedmont on 5 July with a challenging individual time trial that climbs up to a 1,714 meters altitude from Fondovalle di Formazza to the Cascata del Toce, the highest altitude in this edition. There are three Lombard stages: starting in the center of Milan, from Piazza Affari to the Duomo, the Giro then then crosses the Martesana and lower Brianza for 120 km up to Carugate; the next challenge develops along the whole of Lake Como for a record length of 155 km with Colico as the starting and finishing point; the Lombard stages end on 8 July with a 110 km long route in the province of Brescia, from Soprazzocco di Gavardo to Puegnago del Garda. The eighth stage is the only one that crosses two regions, a 130 km long route from San Vendemiano in Veneto to Mortegliano in Friuli–Venezia Giulia, where the last two stages will be held, one that is 120 km long from Feletto Umberto to Monte Matajur, this year’s greatest difference in height between start to finish, i.e., 1,124 m, and the stage of the grand finale: the 113 km long route from Capriva del Friuli to Cormòns, also passing through Gorizia.

“I have been working for this historic competition since 2002 and I am happy to be part of the team of this new organization which aims to maximize its significance and value”,says the Race General Director Giuseppe Rivolta.“The high technical quality of the race is guaranteed by the presence of all the most important teams in the world and by a medium-high difficulty route that is extraordinary from a landscape and naturalistic point of view and that symbolically touches the Italian regions most affected by the first wave of the pandemic. If last year the intention was to be the edition of restart, this year’s edition wants and can be the one of rebirth, first of all for sport, of which women’s road cycling can be one of the most important drivers”.

PMG Sport/Starlight guarantees this year unprecedented visibility to the event and its protagonists, with a distribution of the images of the Giro d’Italia Donne in 150 countries around the world, on the main TVs, broadcasters and OTT platforms, thanks to the collaboration with ASG – Athletic Sports Group and the important agreement with Eurosport, which will broadcast the race on its international circuit, in addition to the scheduling on Rai Sport HD of the best of each stage and 50 minutes of original images of the Giro on the Digital Network and PMG Sport Social Networks.

PMG Sport has also implemented initiatives to valorize the athletes, such as the doubling of all prize pools, high-level hospitality and editorial projects like exclusive behind the scenes to get to know the cyclists’ stories, professionalism and passion more closely. Also, in order to raise awareness on the environmental issue, partnerships were activated to use plastic free and sustainable products, such as washable and recyclable masks, sustainable lunch boxes and catering, 100% recycled water bottles.

“These four years, that have seen us involved and committed as distributors, have led us in 2020 to reach, through national and international broadcasters and streaming media, an overall audience of over 6 million users. 2021 is a new starting point, thanks to further amplified distribution that comes after joining the international circuit of Eurosport and new media partners”,says Ginevra Cividini, Media Rights and Marketing Manager of PMG Sport. “In addition to the sports story, this year we want to reach other targets by also giving visibility to issues such as environmental sustainability and the valorization of women in sport with projects and real actions, also carried out with the precious collaboration of partners and sponsors. The great response from the institutional and commercial partnerships confirms that only a strategic synergy between organization, production and distribution makes it possible to make the most of an event like this.”

“The 2021 edition of the Giro d’Italia Donne is the first step in a three-year project that aims to bring to light and give value to the best of women’s cycling world that is just like the men’s one in terms of technical quality and dignity. PMG Sport wants to be the platform for this value, giving voice not only to the winners but to all the athletes, because each of them has a story worthy of being told and listened to”, concludes Roberto Ruini.

The Giro d’Italia Donne 2021 is organized by PMG Sport/Starlight, in partnership with UCI and the Italian Cycling Federation.